On May 25, 2020, Memorial Day, in Minneapolis, MN, George Perry Floyd was killed while in the custody of Minneapolis police. Before his death, police were called after Floyd allegedly used a counterfeit $20 bill to pay for cigarettes. On March 29th, the trial of Derek Chauvin, the police officer who was recorded kneeling on Floyd’s neck for 9 minutes and 29 seconds, started with opening statements from the prosecution and defense.We have learned quiet a bit from the first week about the events that took place and if this was proper procedure.

During opening statements, the prosecution team showed the video taken by a bystander to the jury. It shows Floyd pleading for his life while Mr. Chauvin was kneeling on his neck. The video does no show that two other officers where kneeling on his back and legs. Prosecution is trying to show that this action contributed to the death of Floyd and was excessive force. The defense, on the other had, is arguing two points: 1) that Chauvin was worried about the crowd and 2) that Floyd ultimately died from a drug overdose.

The first witness, Jena Scurry, a 911 dispatcher, was the first to bring the incident to the attention for Chauvin’s direct supervisor. What we will learn later is that this type of call was abnormal and that his supervisor was not originally told all the information until much later.

This was an emotional day. We continued testimony from Donald Willams III, a mixed martial artist and one of the witnesses who saw the incident. He told Chauvin and the jury that what he was doing was referred to as a blood choke, meaning that Chauvin was cutting off blood supply and oxygen to the brain and lungs. We then heard from four minors who witnessed the incident including Darnella Frazier who took the viral video shown to the jury.

Genevieve Hansen, the off-duty firefighter who witnessed the incident, also took the stand. She asked Chauvin to check his pulse, as well as begged the officers to let her check on him. When EMS finally got there, Mr. Floyd was already dead and no medical attention was given to him from the police.

For the first time, we got to see the incident from the perspective of body camera footage, as well as the original incident when Floyd allegedly used a counterfeit $20 bill to buy cigarettes. We heard from the cashier who interacted with him first, two more witnesses, including Charles McMillian, an elderly man trying to get Floyd to remain calm and listen to the officers. He had an interaction with Chauvin after Floyd was taken away and Chauvin, showing no remorse, told McMillian that he did what he did because Floyd was a “sizable guy” and “was probably on something.”

During day 4, we heard from Floyd’s girlfriend who talked about their shared struggle of opioid addiction. We then heard from Chauvin’s direct supervisor, Sgt. David Pleoger (now retired), who said that Chauvin did not tell him that he had been on the victim’s neck for over 9 minutes. Only after Floyd was pronounced dead did Chauvin tell Pleoger that he had his knee on the victims neck. He was then asked if Floyd was no longer resisting, if Chauvin should have ended his restraint. Pleoger said yes, that a restrain in that position could compromise breathing. We then heard from Fire Captain Jeremy Norton and the two paramedics that responded to the scene (Derek Smith and Seth Bravinder). Smith told Bravinder, when they arrived on the scene, that he though Floyd was dead. He found no pulse when they arrived and had to tell officers to get off Floyd so they could move him.

On Friday, April 2, we heard from the Sargent who responded to the scene to tape it off and collect witness statements. We also heard from senior officer Lt. Richard Zimmerman, who was called to the scene as well. He told the jury that the restraint to the neck was “uncalled for” and he said, “I saw no reason why the officers felt they were in danger.” The testimony from Zimmerman and Pleoger are damning for the defense especially since there was no evidence that the bystanders were hostile towards the police, just more angry that they were no listening to their calls to help Floyd.

Next week, we will probably hear from the medical examiner and the agents who investigated the death. We will want to know how the injury to the neck contributed to the death of Floyd as well as if there is any evidence that the drugs in his system contributed or caused an overdose. The prosecution will want to show this evidence before the defense to prove that the drugs did not contribute and if they did, they weren’t the main cause of death. We will also want to know what the agents found out about the excessive force.

The featured image is a court room sketch produced by Jane Rosenberg of Reuters. You can find more of her sketches on her website: http://www.janerosenbergart.com. 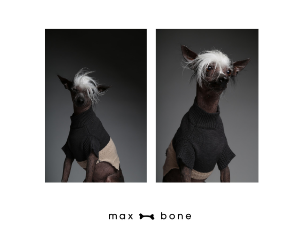